In my visual development class, we had to take a known story and re-imagine it. I chose Snow White and the Seven Dwarfs, but instead of the Dwarfs being miners, they are in a biker gang called the Bad Apples. Snow White is a teenager who ran away from a bad home, and the Evil Queen is a detective trying to shut the Bad Apples down. 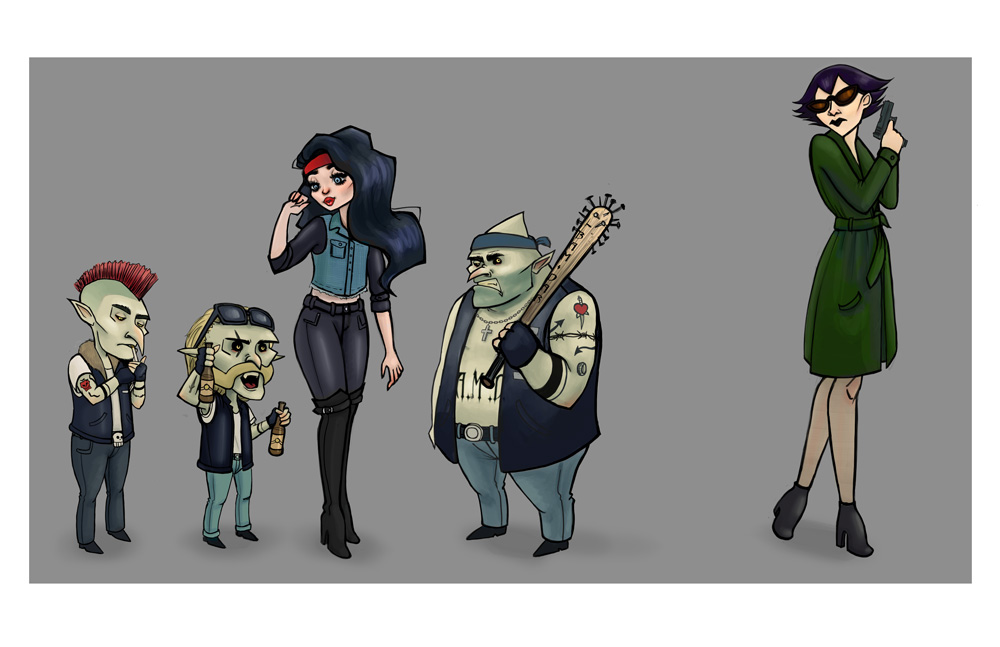 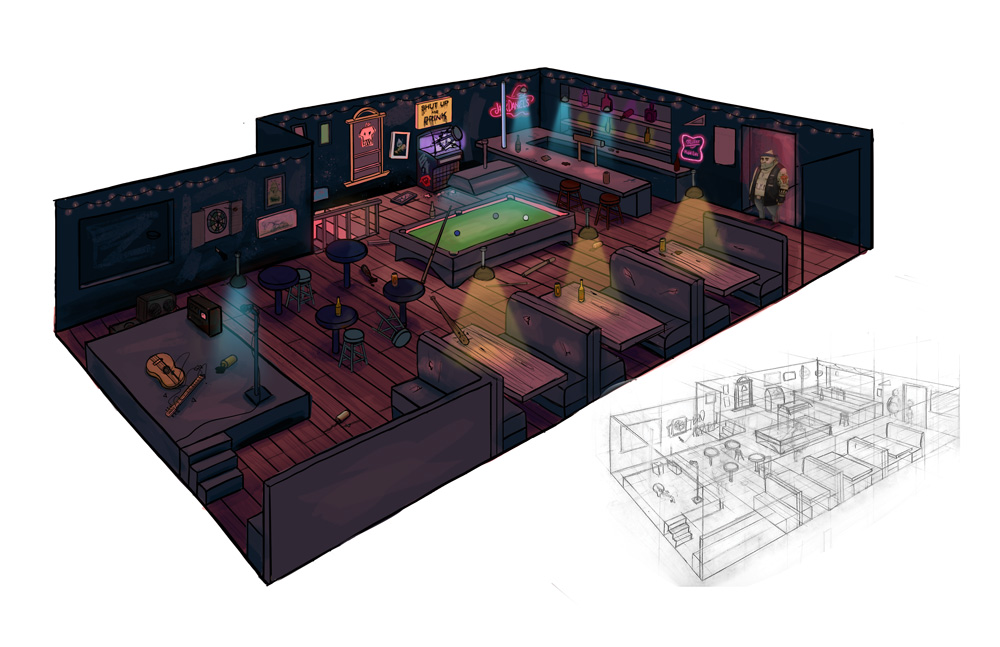 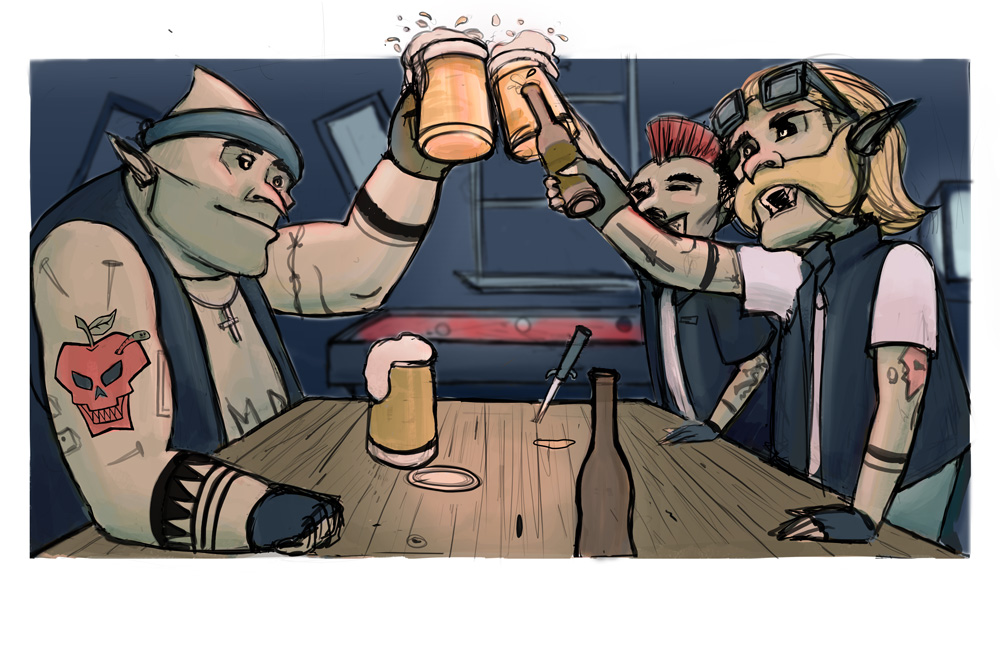