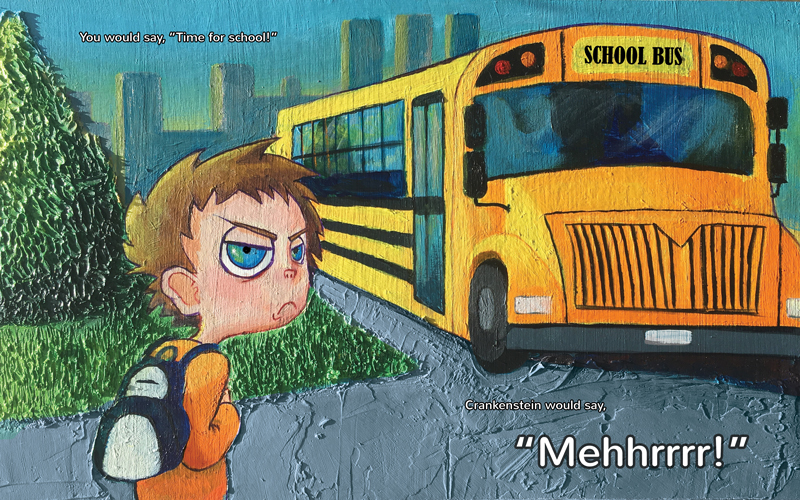 These are a couple of the pieces I did for a class about the process of illustrating for children’s books. I had to pick an already published story and re-imagine how it would be illustrated. The book I chose is Samantha Berger’s Crankenstein which is illustrated by Dan Santat. When I paint with acrylics, I usually do so on canvas, but this time I wanted to try something new and decided on birch panel instead. I wanted to add some texture to the images as well so I mixed modelling paste in with my paint which allowed me to get a bit of a 3D effect on the bushes and grass. I then photographed it with a bright light source to really bring out the shadows cast by the modelling paste. 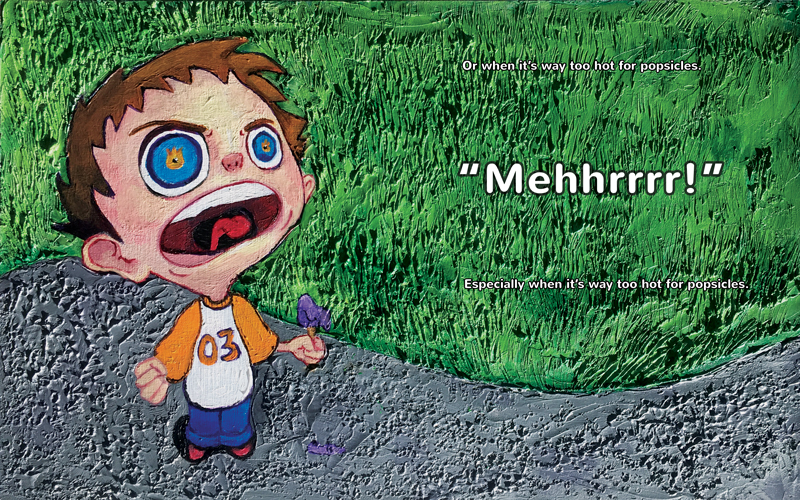